Ubisoft have released Just Dance 3 on the Xbox 360, PlayStation 3 and Nintendo Wii. The Wii version again makes use of the Wii remote and Kinect and PS Move make it possible on the Xbox 360 and PlayStaion 3. We will be reviewing the Xbox 360 Kinect version of the game, which I’ve been playing for the past few days.

For the first time, Just Dance now supports up to four players, however with Kinect this will require more room than it would on the Wii. I only tested the game out with two players and it worked really well and was very, very fun and lots of laughs ensued, which resulted in quite a lot of missed moves and an “X” on screen.

The “X” indicates that you have missed, or not performed the move correctly. For those who do get it right, there are three different scores, OK, Good, or Perfect. Obviously the more perfects you achieve, the higher your score but, you still get points for trying which makes this game appeal to audiences of all ages. Young kids and grandparents can still rack a score up on this game, making it fun for the whole family, while still having a competitive side to it.

The menu system can be a little touchy at times, so when selecting a song if you’re a little too quick for Kinect, it can change the song choice and ends up starting a different song to what you’ve selected. I found being careful and precise when selecting specific tracks worked though and isn’t really a hassle.

While I personally preferred the track list on the original Just Dance, Just Dance 3 doesn’t disappoint and it offers downloadable content so you can increase the number of tracks to just dance to.

Each song also allows you to choose the difficulty, easy or normal. Easy is akin to the Wii version where, it’s mostly just your arms that need to be moved around, where as Normal takes into account your leg and foot movement. However whichever difficulty you choose, there is no difference in scoring and you can achieve 5 stars on either difficulty. Again, this makes it perfect for all the family to join in. 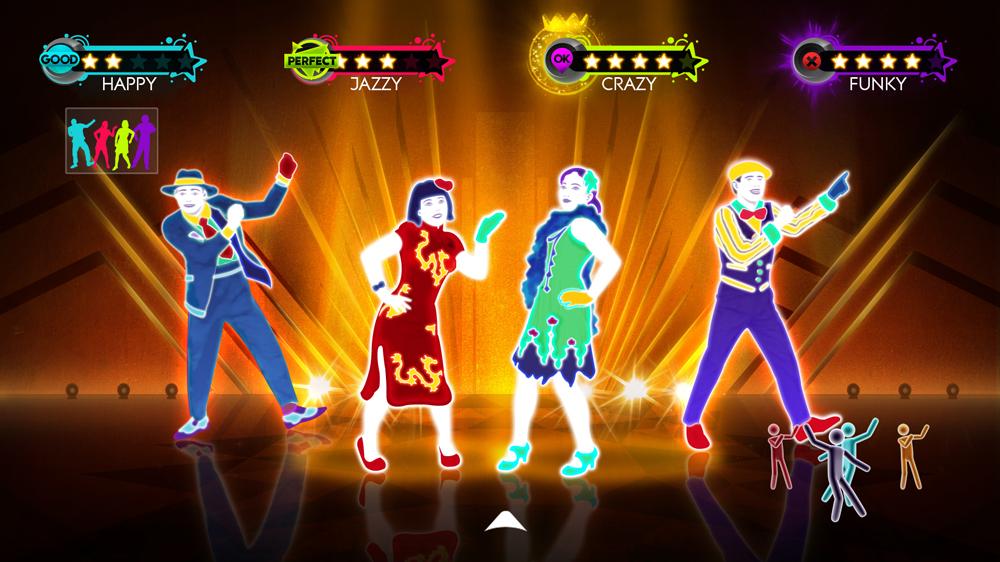 Just Dance 3 keeps with the graphics setting of the previous Just Dance games, so doesn’t take full advantage of the 360’s graphics and processor power. If it was changed however, it wouldn’t be the same as the Just Dance series we’ve come to know and love.

Just Create mode is only available on the Xbox 360 and allows you to select your song and create your own dance moves. You can then share your dance moves and challenge your friends.

If you loved Just Dance on the Wii, then you will love it on the Xbox 360 with Kinect. If you have both consoles I would recommend the Kinect version over the Wii version. Just Dance 3 is one of my favourite Kinect games to come out to date and while it may not compare to Dance Central for some, as it is more of a casual dance game, that is what makes the game so great for me – you don’t have to be fantastic at dancing, just willing to dance about and have fun!