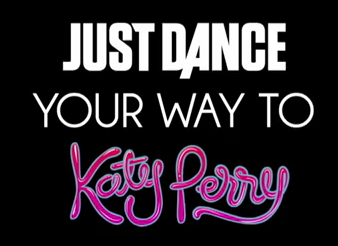 Ubisoft have announced that Just Dance 3 will be a sponsor of Katy Perry’s upcoming UK tour, California Dreams. To highlight the sponsorship, the “Just Dance Your Way to Katy Perry” competition has been launched. Four winners will receive VIP tickets as well as have the chance to meet Katy Perry. In order to enter, you need to video yourself dancing to Firework by Katy Perry on Just Dance 2. Firework is a downloadable track on Just Dance 2 which is free to download from the Just Dance Store – available from the main menu of the game. Alternatively if you don’t own a Nintendo Wii or the game, you can also enter by using the “Just Dance 2 Free Katy Perry DLC” clip on YouTube. For full details on how to enter and submit your video, head on over to the Just Dance Facebook page.

The California Dreams tour starts October 12 in Sheffield and runs throughout the UK and Ireland until November. Just Dance 3 will be released the day before the tour start date, on October 11. Unlike the previous Just Dance games, Just Dance 3 is no longer exclusive to the Nintendo Wii. The game will be available on the Wii as well as on the PS3 with PlayStation Move and on the Xbox 360 with Kinect.

JUST DANCE YOUR WAY TO KATY PERRY
> Ubisoft and Just Dance Launch Competition For Fans to Win an Opportunity to Meet Katy Perry Backstage
>
> London – September 7, 2011 – Today, Ubisoft announced dance game phenomenon, Just Dance 3, as a sponsor of Katy Perry’s forthcoming California Dreams UK Tour.
>
> This sponsorship is highlighted by the ‘Just Dance Your Way to Katy Perry’ contest, which challenges fans to record themselves and their friends dancing to the Just Dance version of Katy’s ‘Firework’. Winners will receive VIP tickets to a concert of their choice and the chance to meet the global music icon backstage at her shows touring across the UK. Of the tour sponsorship, Katy Perry said, “I’m a fan of Just Dance 3, and I’m glad it brings people together to dance, just like I get to do on my tour.”
>
> Fans can get their hands on Just Dance 3 at each tour location and get the chance to see Katy Perry playing the game in a video shown before each performance. It’s not the first time fans have seen Katy Perry playing Just Dance. This tour sponsorship follows her recent music video ‘Last Friday Night (T.G.I.F.)’ in which she plays the game and has now been viewed on youtube over 72 million times.
>
> “This is a landmark sponsorship for Just Dance and demonstrates how this game has transcended its platform to become a hugely popular entertainment brand in the UK. The tour sponsorship of Katy Perry’s California Dreams Tour offers fans a chance to meet Katy Perry in person by playing Just Dance 2,” said Mark Slaughter, Head of Marketing, Ubisoft. “Katy Perry is a hugely popular global music icon and Just Dance as a brand has had a strong connection with Katy Perry since the first Just Dance with her hits ‘Hot N Cold’ and in Just Dance 2 with ‘Firework’ featuring both in game and in advertising.”
>
> The California Dreams tour begins in Sheffield on October 12 and runs throughout the UK and Ireland until November.
>
> Ubisoft will be launching the eagerly anticipated third game in the Just Dance series on October 11. Just Dance 3 marks the debut of the Just Dance series on Kinect™ for Xbox 360® and the PlayStation® Move for PlayStation®3 computer entertainment system, as well as its return to the Wii™ system from Nintendo.
>
> For details on how to win a chance to meet Katy backstage at select concerts, and for
> the latest information on Just Dance 3, “like” the game’s Facebook Page at http://www.facebook.com/justdanceuk