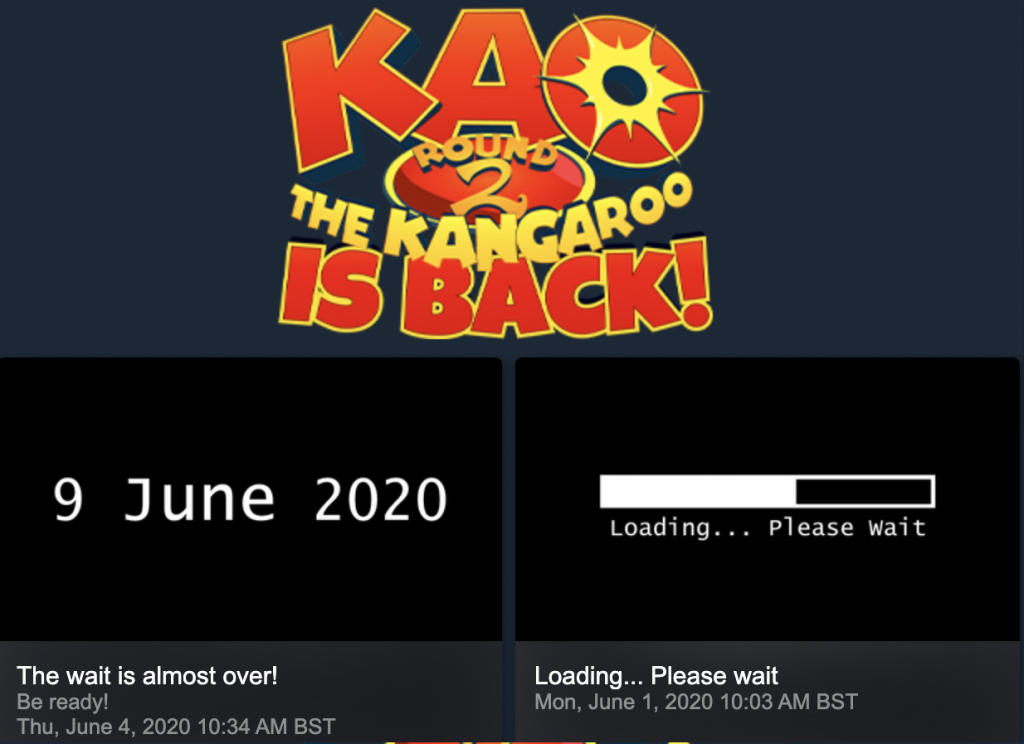 Fans of the cutest kangaroo in video game history rejoice! Between June 6th and 15th, Kao the Kangaroo: Round 2 will be free to download and keep via Steam. Originally released in 2003 for the PS2, Xbox, Gamecube and PC, it was later remastered for the PSP in 2005/2006.

The game has been available on Steam since June 1st 2019 and a year later the company have posted an update with a “Loading…Please wait” animation. Fortunately, we won’t have to wait too long to see what the developers – Tate Media – have in store for us as another update was posted on June 4th by the game company.

It’s stated that “The wait is almost over” with a June 9th 2020 accompanying teaser image. Fans (myself included) are hoping for a sequel to the early noughties games. Other fans suggest it may be Kao remastered for the PS4 and Xbox. Which given the popularity of the Crash Bandicoot remaster is a more likely option.