Today Sega have announced the release date for the highly anticipated latest Sonic game: Sonic Mania. Sega have gone back to Sonic’s 2D glory days from the Mega drive era and it looks very promising for fans of the 90s Sonic we all came to know and love. 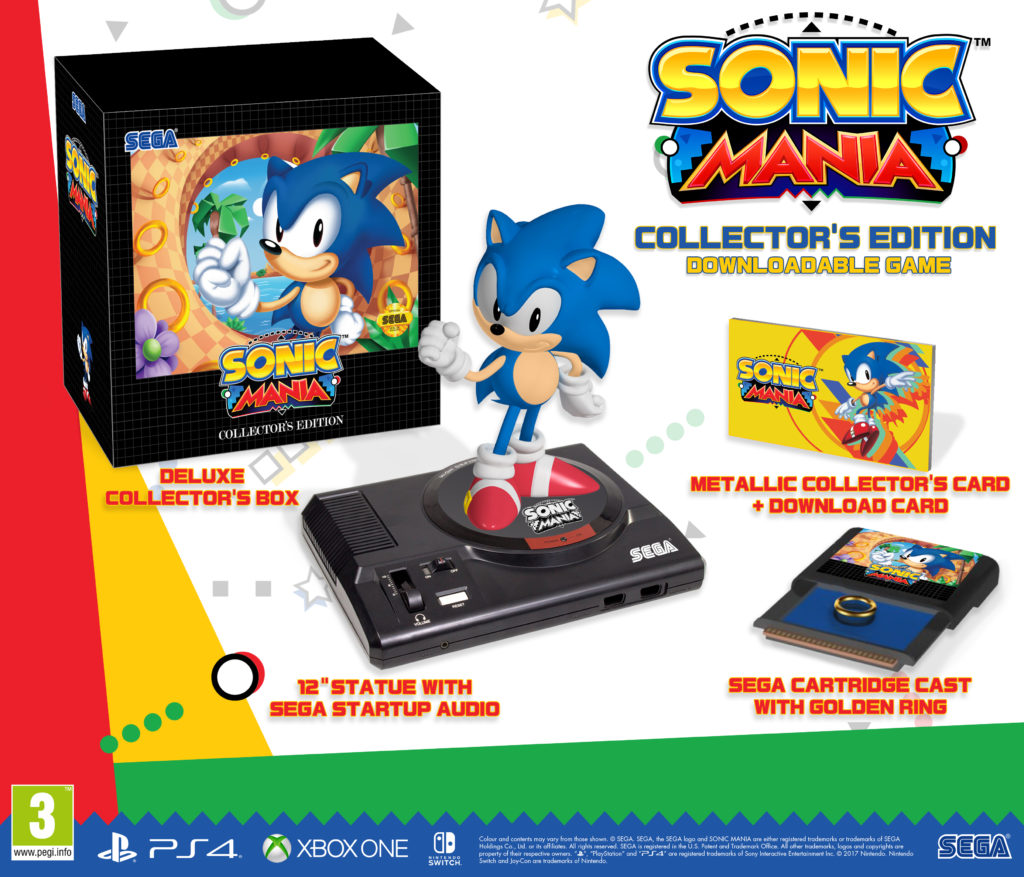 Previously all we knew was that Sonic Mania would be released in the Summer this year but, we can now confirm the official release date is August 15th 2017, so mark it in your calendars!

Sonic Mania will be a download game rather than disc based. But a collectors edition has been available to pre-order for the Xbox One and PS4. Sega have announced that the Nintendo Switch will also receive the collectors edition.

The collectors edition of the game includes a download code for the game, a SEGA Mega Drive style collector’s box, 12″ Classic Sonic Statue featuring SEGA Mega Drive Base which plays the “SEEGAA” startup audio, and a SEGA cartridge cast with golden ring.

Alternatively the game will be available to buy on consoles for £14.99, while the PC version gives pre-order customers 10% off making it £13.49.