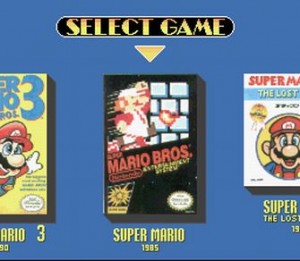 Nintendo have confirmed that to ‘celebrate’ the 25th anniversary of their superstar Plumber Mario, they are to release a Wii version of the SNES classic game Super Mario All-Stars, also known as the Super Mario Collection in Japan.

Super Mario All-Stars was originally released way back in 1993 for the Super Nintendo Entertainment System and it is presumed that the four original games from the collection, namely Super Mario Bros, Mario 2, Mario 3 and Super Mario USA, will be included in the Wii version. The pack will also include a booklet containing materials that have never been published before and a history of Mario along with a music CD capturing 25 years of Mario tunes.

The 25th Anniversary Super Mario Collection Special Pack will retail at ¥2,500 (approximately $30) and is due for release on October 21st in Japan. Fingers crossed for a release worldwide in the future.