The Grateful Dead Get A Videogame 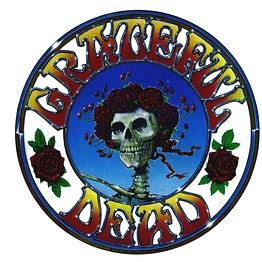 I don’t know about y’all but this is the most exciting video game news I have heard in a year. You can tell I like the Grateful Dead already? Well I do, they play music like I play video games, with reckless abandonment and somehow it turns out in a positive light.

The surviving band members gave the project their blessing, but the agreement was brokered by Rhino Entertainment, the Warner Music Group subsidiary that has managed all of the band’s intellectual property since 2006.

“We can’t wait for everyone check out the fun new toys we are building,” said David Lemieux, the band’s longtime archivist, in a statement.

The developer, Asheville, N.C., based Curious Sense has permission to use any material from the band’s deep archives, which includes three decades’ worth of film and video and thousands of live concert recordings. For instance, Curious Sense founder Adam Blumenthal says he’s itching to repurpose an animated sequence from 1977’s “Grateful Dead Movie,” featuring a cosmic pinball game. His company can also tap the Dead’s vivid album cover art, as well images of the band members.

Blumenthal got in the door with Rhino, and his Deadhead credentials helped seal the deal. He says the band’s representatives had at least one ground rule: No drug references in the gameplay. “There’s no collecting of LSD as you move around the parking lot.”

The game project is in its earliest stages, which sometimes mean it will never make it out of this stage in the video game world, the fact that it actually happend is good enough for this girl gamer.

I just have one question.  Can I use it with Kinect?