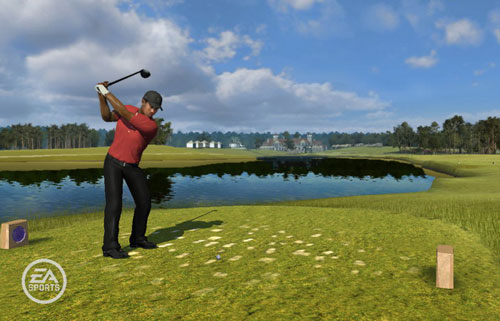 Looks as if Tiger Woods may be getting the boot from EA if he continues his golf game slump.  EA has prided itself of having the  number one golfer on the cover of it’s games and since Tiger has now dropped to the number two golfer in the world EA may change their front man to keep that tradition alive.

Speaking with Reuters (via NBC Sports), EA CEO John Ricitiello reiterated that there’s “no threat against Tiger.” But he also noted what he referred to as their business relationship.

“We have no plans to move away from him, but it’s a business relationship on the basis of we make the best golf game and he’s the best golfer,” he added. “Both of those things need to be true in the long run for the partnership to make sense.”

A market analysis has shown that sales have dropped 68 percent probably because of the scandal and by scandal they mean Tiger Woods cheating on his wife with numerous women.

So would it bother you to not see Tiger Woods on the cover anymore?