Your Tabletop Games Are In Your Pocket

There seems to be a growing perception that in an increasingly digital world, traditional methods of entertainment are falling by the wayside. In other words, we’re too absorbed in our computers and smartphones to bother with good old fashioned fun. Sometimes complaints about this shift are as simple as someone muttering that kids never play outside anymore, and sometimes they come in the form of a more thorough analysis of the state of human amusement. For instance, a piece at Medium titled “Why Can’t We Read Anymore?” recently took a pretty dire look at what’s happened to human concentration. 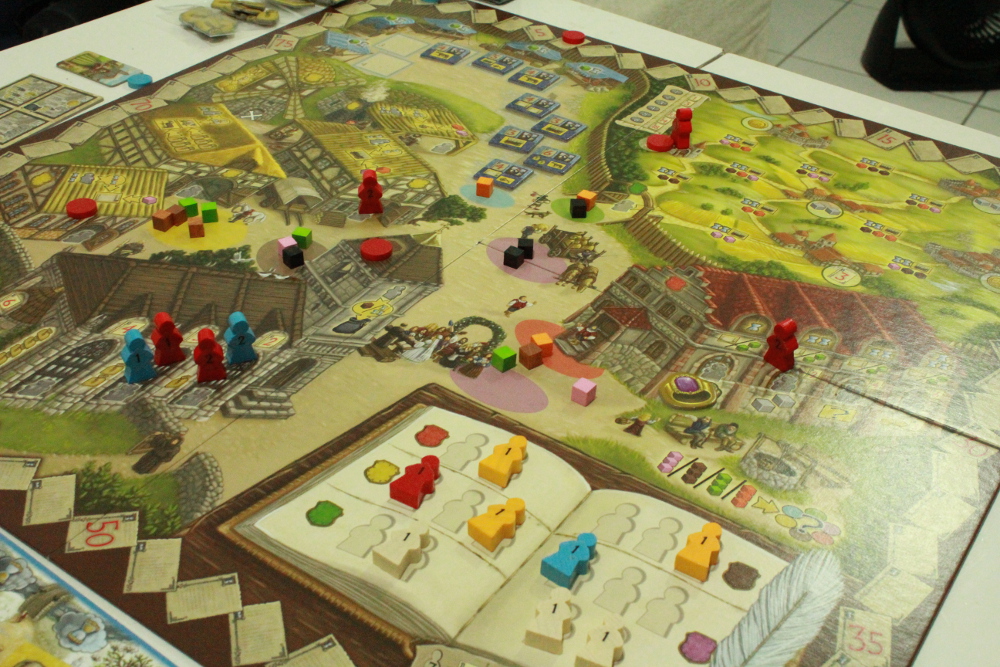 To an extent this whole perception seems pretty accurate. Kids don’t play outside as much anymore, many of us would rather watch TV shows on Hulu or Netflix than read books, and if you remember the last time you sat around the kitchen table for a family board game, you’re doing better than I am. A lot of methods of entertainment that once seemed “traditional” now seem “old fashioned,” and that’s a pretty significant shift. But where gamers are concerned, I’d actually argue that far less has changed than it may seem.

Specifically, think about a few of the most “old fashioned” genres in gaming: tabletop RPGs, traditional board games, and even tabletop casino games. Seeing any of these types of games being played at an actual table almost seems silly in the middle of the 2010s. But the truth is the games themselves are still readily available through different mediums.

Where tabletop RPGs are concerned, I’ll concede that part of the charm has always been the physical nature of the games. The boards and spreads of cards, figures, etc. can get really expansive; the gameplay itself can last a very long time; and there’s almost something club-like about the playing process. But if you can’t find time (or concentration) to make it happen around the table, it’s not as if you necessarily have to move on to Temple Run, Candy Crush Saga, or any of a range of other modern games made for shortened attention spans. Plenty of tabletop RPG and card trading games are available through apps or online in digital forms that closely approximate the original material. For instance, the likes of Shadowrun and Dungeons and Dragons have direct app adaptations available. There are also a number of original RPGs made for mobile devices that mimic the popular formats of tabletop games. Most of these games even allow players to connect with others through online communities.

Where ordinary board games are concerned, the connection to the modern digital world is even clearer and more direct. In fact, if you name pretty much any popular board game, chances are there’s not only an app for it but also a range of online games and arcade interpretations as well. Monopoly, Risk, The Game Of Life, and even games like Candy Land and Stratego all have terrific mobile apps, meaning that we haven’t abandoned these classics so much as brought them along into the 2010s.

And then there are casino games, which in some ways seem like the most old fashioned of all. Actually sitting down at a table to play poker, or visiting a casino to engage in roulette or blackjack, seems to many of us like part of a world that only exists in dated films. However, playing the same games online is perfectly modern, and in fact a staple of a lot of young people’s gaming routines. Furthermore, such activity is no longer limited to individual poker sites, roulette apps, etc. as it may have been a decade or so ago, as we now have pretty comprehensive online casinos available. Users can enjoy pretty much the full casino experience through the table games at Betfair, where there are poker, blackjack, and various arcade titles as well. This sort of platform brings an entire industry onto a single website or app in a way that perfectly preserves the integrity of the games themselves.

Given all of this, I’m not sure it’s fair to include gaming in discussions about the changing nature (and digitalization) of entertainment. Yes, we may play board and tabletop games through a screen now instead of on an actual board or table. But the games are the same, and more importantly the communities that play them remain social and active. And, really, hasn’t that been the point all along?

All of your tabletop games are still available—they’re just in your pocket now.