Since the Xbox One was first announced there have been suggestions from consumers that Microsoft should also sell the console without Kinect, much like the Xbox 360. Partly due to many users not being particular interested in the additional device, while others were hoping for a Kinect-less version to drive the price down. Today Microsoft have announced that they will begin selling the Xbox One console without Kinect. 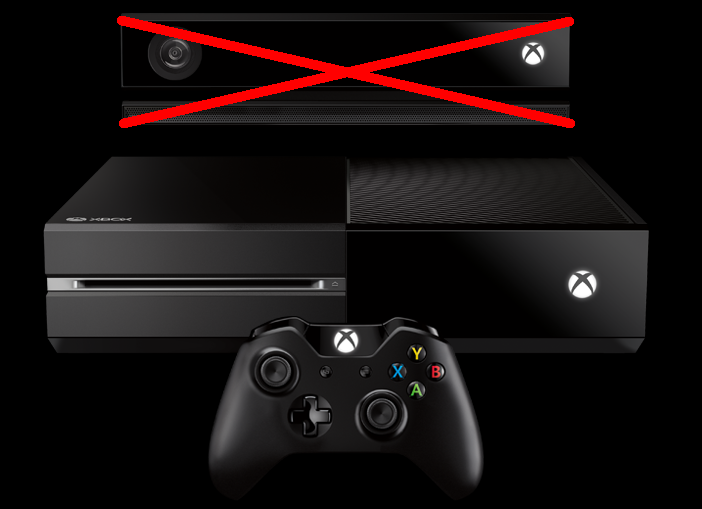 The Xbox One console without Kinect is due to go on sale from June 9th. If you are wanting to add Kinect at a later date, Microsoft will begin selling the Kinect unit on it’s own from the Autumn.

Currently the Xbox One with Kinect is available for £400 and quite often with at least one game. This is already £30 cheaper than the launch price but, the Kinect-less Xbox One bundle will drop the price down to £350, making it the same price as Sony’s PS4. Savvy gamers however have picked up the Titanfall bundle, which includes the console, Kinect and a Titanfall download for under £350 so many are waiting to see what deals retailers offer on the stand alone Xbox One.