Nintendo Wii U available to buy from £149

UK retailer Asda have cut their prices on the Nintendo Wii U console once again, bringing the newest Nintendo down to as little as £149 for the basic package. The premium pack is also marked down by Asda to £199. 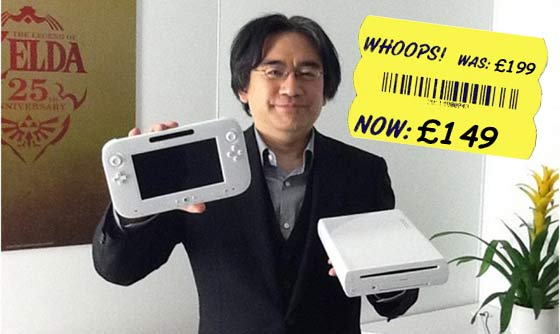 Asda had previously reduced the Wii U by £50 back in March prompting other UK stores to slash their prices for the console. Other retailers have already price matched Asda so bargain Wii U consoles should be readily available in the marketplace which is great as Asda have already run out of the 32GB black premium Wii U package which includes Nintendo Land. Thee white 8GB basic Wii U package remains in stock at Asda.

Sales of the Wii U have failed to meet Nintendos expectations prompting these price cuts from the launch prices of £249 for the basic pack and £299 for the premium version.